It’s the 1st of April and I have already seen that Helen Zille has accepted an ‘elecnomination‘  to spend two weeks living in Khayelitsha, surviving on the minimum wage and using a bucket toilet. Good for her, I say.

In other news the DA has announced that the Western Cape government it is going to upgrade Zille’s private residence in Cape Town. They plan to spend R20 million, but have wisely put aside  R246 million in case of overruns. Nothing wrong with that … as we have seen elsewhere.

In entirely unrelated news the Sunday Independent carried a story about some polling apparently undertaken by the legendary Stan Greenberg on behalf of the DA.

Just as an aside: the headline in the Sunday Indepent calls Greenberg the “De Niro of politics”.

This is a picture of Stan Greenberg: 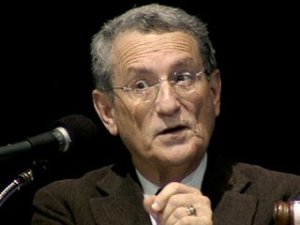 This is a picture of Robert De Niro: 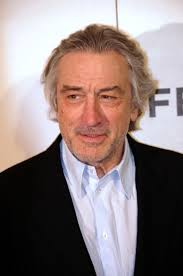 Oh yes, now I get it. They are both white men, over a certain age …. (oh leave it alone! It’s not important, why don’t you just let it go? And anyway maybe there is a joke here you just don’t get – Ed)

The DA polling was something of an antidote to an Ipsos poll commissioned by the Sunday Times and published a week earlier.

First the antidote from Stan, the DA and their various minions:

I am not, actually, saying treat this sort of thing with the same caution as you would treat an April Fool’s story. Both the pollsters have defensible and explicable methodologies … but clearly they can’t both be right.

In general I treat the polling with a degree of caution. Results are often leaked or announced with the intention of impacting on the final outcomes (by, for example, scaring voters and supporters into getting out to the voting booths or by bolstering the flagging energies of party workers).

I have used, as a sort of deductive shorthand, a ‘below 60 percent’ versus an ‘above 60 percent’ for the ANC as an indicator of a ‘danger zone’ for Jacob Zuma.

Instinctively I think the ANC will lose votes because of the leader’s breathtakingly cavalier attitude to public money and resources. The alternative would be for me to believe things about the average South African voter that I would feel uncomfortable about admitting in public. The average ANC member voted for Jacob Zuma as president of the party at both Polokwane and Mangaung … so there is nothing I need to say about that.

So … as part of my weekly review of SA politics yesterday morning I tried to collate some of the responses to the Nkandla Report with the specific intention of using these as an heuristic tool  to gain some deeper insight into what is going on.

That’s just a fancy way of saying that when I am unsure of what is going on then I look around at the responses of people I suspect do know what is happening and try and extrapolate from that a greater level of insight i.e. I am using the responses as a heuristic tool … although as you will see in the link ‘heuristic’ means more than just an investigative short cut.  It didn’t achieve what I hoped, but here are my truncated efforts anyway:

Responses to the Public Protector’s Nkandla Report reveal much, but not enough

Responses to Public Protector, Thuli Madonsela, ruling that President Jacob Zuma and his family directly benefited from the improper use of state funds in the (approximately R230m) upgrade to his (Jacob Zuma’s) Nkandla homestead and that he “failed to act in protection of state resources” are flooding in from all directions.

Obviously all the major opposition parties are using the report to attack the ANC and Zuma – and are generally deifying the Public Protector. However, the diverging responses from within the broad membership and leadership of the ruling African National Congress are the most relevant and interesting.

The party itself (and the SACP and the formal structures of the divided Cosatu) are essentially defending the President and/or attacking Madonsela (or the manner in which her report was delivered).

Several news media have attempted to list the number of ANC leaders and widely respected ‘liberation heroes’ who have in some way expressed both support for the integrity of the Public Protector and support for her findings. The list has included previous President Thabo Mbeki, Deputy President Kgalema Motlanthe, Defence Minister Nosiviwe Mapisa-Nqakula (although her problems were primarily with the sexist language of some of the criticism … and up till now I have seen her as something of a Zuma loyalist, so I will have to do some homework on this one), ex-minister Pallo Jordan, ex-minister Ronnie Kasrils and a host of other individuals (e.g. Ben Turok and Marion Sparg) and particular branches of the party and parts of individual unions of trade union federation ally Cosatu which have in some way defended the Public Protector and supported her findings.

‘Nkandla’ is, on the face of it, small change compared to myriad similar scandals surrounding the President.[1] The difference in this case is a ‘Chapter 9 institution’ (an institution established in terms of Chapter 9 of the South African Constitution to “strengthen constitutional democracy in the Republic”) has made findings that essentially allege that Jacob Zuma has improperly benefited from state spending and that while there is no proof that he engineered this outcome, he had a responsibility, according to the Public Protector, to be aware that it was happening. These might be ugly, but not exactly impeachable offences – unless you believe they are purely the tip of a much larger iceberg hidden through luck, trickery and a good legal strategy.

There are so many issues that this raises, but I will mention only 3:

Firstly, does the ANC lose votes because of this? More precisely: does the release of the report just over a month before the election lose the ANC more votes than it would have lost anyway as a result of its president’s … how should I put this … now very widespread reputation for poor judgement with regard to his private financial affairs?  I would guess ‘yes’.

I have no doubt that there are vast groups of voters who see Madonsela’s report as just another attack on their candidate and who will be completely unmoved by the details. I also suspect that there is a large group that despise the ANC leadership choices but will stick with the party in the belief that it will self-correct sometime soon. However, there are obviously those for whom Madonsela’s report is the proverbial straw – but I suspect this is a marginal group. If the margin is between 60% and 59% then Madonsela’s report could make an important difference. If it is between 63% and 64% then, voting wise on May 7, it is not going to make much difference.

Secondly, the ANC has benefited from occupying the high-ground of moral authority. Whatever its failings it was always the party of national liberation, the party of Nelson Mandela, the party that embodied the majority of black South Africans’ struggle for self-determination and against apartheid – unimpeachable and morally irresistibly aspirations and goals. The voices of disquiet from within the party are beginning to suggest that this objective or record has been redeployed in a baser struggle.

Listen carefully to the coded and heavily portentous words of Thabo Mbeki talking at the 20th anniversary of Wiphold at Sun City on March 22 2014:

“Regrettably, today, a mere 20 years after our liberation, it is obvious that many in our society have forgotten or are oblivious of the human cost our freedom entailed.  Accordingly, these abuse the gift of our liberation to abuse our precious freedom to do things for themselves whose only objective is personal aggrandisement – thus to use their access to state, corporate and social power radically and systemically to subvert the required sustained and speedy advance we need towards the realisation of the objective of a better life for all our people.”

The Public Protector’s report is reverberating through the ANC (see key ANC intellectual and former cabinet minister Pallo Jordan’s column in the Business Day for another example) and forcing many of the ‘old guard’ to take a public stand. In almost all cases the criticism is unspecific and is being made by people who no longer occupy key positions in the party or state. However, there is a cumulative loss by those who hold central power in the ANC of moral authority. Without moral authority, hegemony must be won with patronage, manipulation, blackmail and force. The ANC is still close enough to its ‘liberation roots’ for such a changing of the guard to cause serious, even dramatic, ructions amongst the party faithful.

Finally, Jacob Zuma has been (significantly) responsible for growing ANC electoral support in Kwazulu-Natal from 33.33% in 1994 to 63.97% in 2009. The province has a population of 10 456 900 people (second to Gauteng which has 12 728 400 according to the 2011 census). Kwazulu-Natal is now a key ANC stronghold and the only province where the party’s electoral support grew during the 2011 municipal elections. More than a quarter of the party’s total membership comes from the province. “On Friday, thousands of ANC supporters wearing yellow T-shirts emblazoned with the words “Hands off Zuma’ marched in Port Shepstone on the south coast … after eThekwini did so earlier this month” – (City Press 30/03/2014). If, as we suspect, Jacob Zuma’s lifestyle and probity issues are losing the ANC a degree of support in many, especially urban, areas of the country but that his personal support is continuing to grow amongst isiZulu speakers in rural Kwazulu-Natal, the party will face the further corroding influences of regionalisation and tribalism. My suspicion is Zuma’s vote pulling power in Kwazulu-Natal peaked in 2011, but only May 7 will put that to rest one way or another.

[1]Jacob Zuma’s financial advisor Shabir Shaik was sentenced to two 15 year terms in prison after he was found ‘guilty of corruption for paying Zuma 1.2 million Rand (US$185,000) to further their relationship and for soliciting a bribe from the French arms company Thomson-CSF, as well as guilty of fraud for writing off more than R1 million (US$154,000) of Zuma’s unpaid debts” – http://en.wikipedia.org/wiki/Schabir_Shaik_trial accessed on 30/03/2014 at 21h17 CAT