Occasionally I publish slides from a current presentation series and here are a few from something I am busy with called: “The Second Transition – SA politics and policy somewhere twixt hither and yon”.

The general idea is the ANC government is determined to move beyond the ‘transitional’ arrangements that it agreed to in 1994 and strike out boldly towards some undefined, but more profoundly transformed future.

I start with a quote from Jeff Radebe at the launch of the ANC discussion documents in early March … which sets the atmosphere of the ANC proposals. 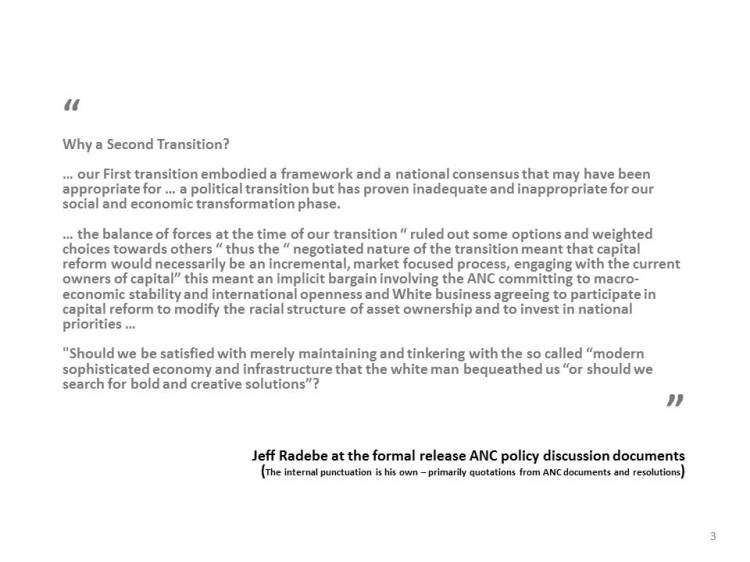 Then, taking some liberties, I summarise what the ANC is “really” (in my humble opinion) saying in motivating the documents: 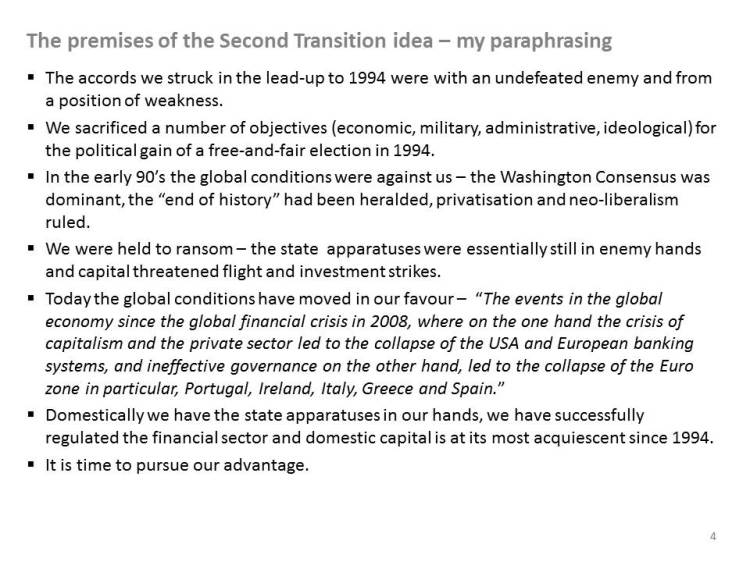 I then set out on the difficult task of attempting to assess whether the ANC documents actually propose anything as thoroughgoing as the initial motivation implies.

Frankly, the answer is “no”; although the proposals are both worrying in tone and in how contradictory and “bitty” they are.

The best formulated document is the “Maximizing the Developmental Impact of the People’s Mineral Asset: State Intervention in the Minerals Sector (SIMS) – document (get a link to that here). It contains a thoroughgoing set of proposals that change the tax system for mining and propose a complicated set of upstream, downstream and sideways linkages for the industry that will create a new set of burdens and obligations (not all bad) for the mine owners. (My own feeling about mineral resources is that these are “non-renewables” and government is obliged to get the maximum developmental benefit out of them before they are lost forever – but that is just by the way.)

My presentation itself does not make strong predictions on how far the ANC will get with its deliberations … although what is clear is that policy discussion this whole year will be drowned out by the Mangaung election noise. It is is going to be difficult to ascertain any real direction through the clamour of the struggle to re-elect Jacob Zuma.

Leaving aside all the slides that deal with the actual documents, I do, however conclude by asking some questions of our key players … and I include those slides here for your interest: 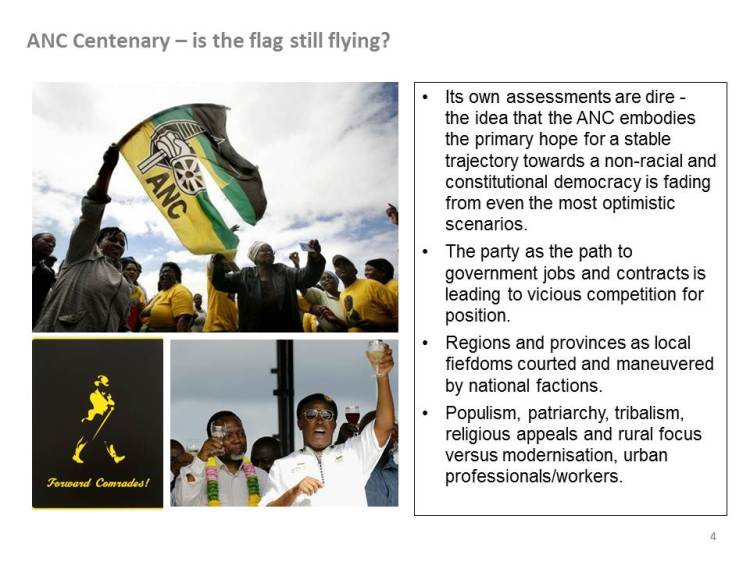 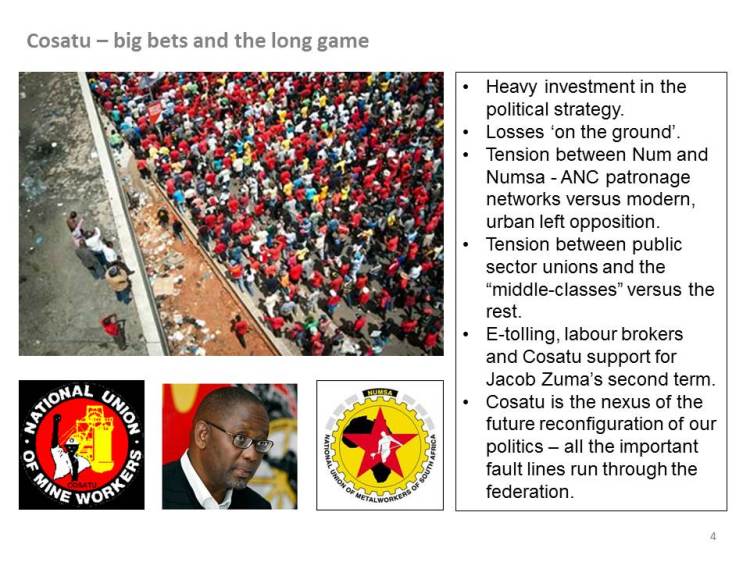 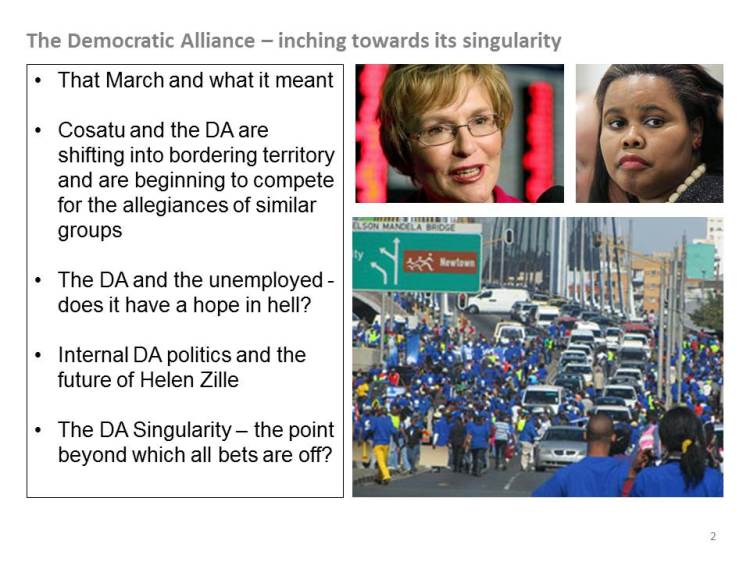 As the months go by, I will hopefully have time to flesh out some of those question.

But for now I am in the final days of the road show trying to make sense of  the mess of proposals and hints in the documents, which span issues as diverse as fracking the Karoo, IDZ’s to SEZ’s, the Treasury versus EDD versus DTI, local procurement fantasies, some excellent fixes of BEE from Rob Davies,  the lonely excellence of the Gordhan and Marcus and infrastructure looking more and more like the ANC’s one-trick-pony.