I often send out commentary before I am satisfied with it.

That usually means typos and misspellings that I have failed to find in a rushed edit, but sometimes it means the analysis is … less in-depth (trite? … shallow? … Ed) than I would have liked.

It’s the price of procrastination when chasing deadlines – and one of those deadlines was two weeks ago when I rushed to get a weekly update out just as the news from the  Brics summit was coming in. This is what I wrote (tagged on to a longer report about a number of different matters):

Leaders of China, India, Russia, Brazil and South Africa met at the 6th Brics summit in Fortaleza, Brazil yesterday.  On the agenda is the establishment of a development bank and monetary reserve – eventually together consisting of as much as $200bn in capital reserves and guarantees.

There are a number of important issues associated with this initiative, but one is that this is a deliberate attempt to institutionalise a shift away from the Western (specifically US) dominated financial system (particularly the IMF, the World Bank and the use the USD$ as the global reserve currency).  Such moves are probably historically inevitable and as China, India and Russia – and to a lesser extent Brazil – stutteringly grow in influence (economically, militarily and otherwise) they were always going to gently tug at the leash of US global dominance.

For South Africa – a small regional player, with anaemic economic growth and very moderate political/military influence – to have attached itself to the coattails of a kind of teenage rebellion by the powerful young global bucks is faintly ridiculous. South Africa winds up being drawn into a subservient relationship with China and Russia (over which it has almost no influence) and thereby flirts with the enmity of the real global adult whose judgements, when push-comes-to-shove, can be quite severe. That’s a lose-lose, as far as I can see.

Nothing wrong with the comment, although I wish I had made it clearer that I welcome Brics and I welcome the gradual receding of US power as much as I hope its retreat is orderly.

But I especially wish my good friend and old comrade-in-arms Andre Zaaiman had launched his Mindsight – Intelligent Enterprise Systems website before I wrote that report.

It would have been a great benefit to my analysis if I had read the first article Andre published on the website: “National Security: China-US-Africa“.

It’s not specifically about the Brics Bank (but it does mention it in context) but it is an excellent high level analysis of the growing contest between the US and China … and it argues that this is a matter of national security and national interest for South Africa.

Read the article … meanwhile, here are a few extracts: 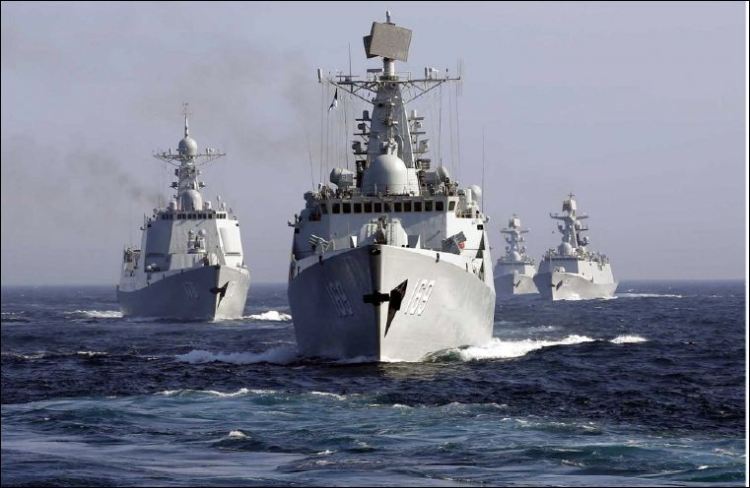 “The emerging geo-political great game between the USA and China is of great importance to Africa and South Africa. How this great power relationship unfolds will have a commanding influence on the 21st century.

“The future cannot be known; but probability and prediction can be improved as well as surprise avoided, if we are assisted by facts – by a proper understanding of what is going on – as well as by quality information, good theory and off course, secrets.”

“In statecraft, the purpose of intelligence is to provide a competent decision-maker with an informational advantage in the context of national security and the pursuit of national goals.”

“The launch of the New Development Bank (NDB) and of the Contingency Reserve Fund (CRF) by the BRICS-countries in July 2014 is a powerful signal that developing countries are no longer willing to play second fiddle on the global stage.”

“The desired post-Bretton Woods era does not only contain different global financial institutions – not controlled by the USA – but some analysts believe, also rests on different values … the need to prioritize physical infrastructure over other priorities (such as education, healthcare, women’s rights, etc.) towards which the World Bank has been drawn in recent decades. From a holistic point of view, all such investments are crucial for equitable national prosperity and well-being, but nothing creates jobs and literally drives ‘state-building’ like infrastructure.”

There is much in the article that is worthwhile and I recommend it to anyone who is interested in the unfolding contest between the USA and China especially from a South African perspective.

Andre’s vantage point is especially interesting. He “is a former senior official in the State Security Agency of the democratic South Africa” and has previously “worked in the underground and intelligence service of the African National Congress during the struggle against apartheid and subsequently, served in the Presidential Support Unit under former President Thabo Mbeki” – those quotes from here.

2 thoughts on “Brics and stones can break our bones …”