Capitalism, at its most basic and unbridled, is a system that says: okay, the king is dead and therefore no longer owns all this stuff; take what you can … if you can hold onto it, it’s yours. Oh yeah, and you can pay the people who don’t manage to hang onto any stuff to work yours … because if they don’t they will starve.

The system is extraordinarily productive, driven as it is by those gargantuan twin-thrust engines: human greed and human fear (you can keep what you can take/failure means death).

One of the great political achievements of the last 300 years has been the refining, softening and regulating of this system so that it maximises the good it can produce for as many as possible.

But note this: it can’t produce the same amount of good for everybody – because its fundamental driver is that it allows the hungriest, cleverest, most creative and most intelligent to keep what they can take. That’s why those people build the enterprise. So they can keep what they can get out of it. That’s the creative heart of the system.

(One of the many flaws of capitalism is it also allows those who have become powerful for reasons other than those listed in the last sentence to “keep what they can take”. Thus both Apartheid apparatchiks and New Elite cronies are (still) living high on the hog for reasons that have nothing to do with the unleashing of their creative spirit and more to do with their ability to cheat and steal. But that is another story.)

The point I wanted to make, is that in its most basic and unregulated form capitalism will allow the owner of the factory or mine to extract the last drop of blood from the worker – and the last drop of blood from his children, his old mum and his maiden aunt.  Without regulation the only thing that will stop the capitalist working the worker to death is the need to have him come to work tomorrow and for his children to come to work in ten years time. The history of capitalism has demonstrated this unfortunate truth about humans time and time again.

Thus we have labour market regulations: minimum wages, basic working conditions, rights to dignity, rights to organise and strike. These are amongst our greatest achievements – and they are all there on the law books of the new South Africa.

But there is a line over which we must not cross.

If local regulation means the capitalist can’t make sufficient profit here he (or she) will go elsewhere or will spend his or her time doing something else. That’s it; end of factory, end of jobs and end of story. 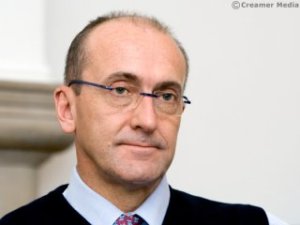 Michael Spicer, as CEO of Business Leadership South Africa, is the perfect person to listen to if you want to get an average signal of what South African capitalists are feeling.

His comment in today’s Business Day about the conflict between the flood of proposed changes to labour and employment equity laws and government’s job creation agenda is well worth a read. Catch it here.

It seems to me we are carelessly testing for the “tipping point”, the point beyond which the capitalists mechanise their plants or leave.

4 thoughts on “The labour market is not a charity auction”