Listening to the EFF be the rock against which Zuma’s blithe refusal to account finally dashed itself yesterday I felt briefly elated. 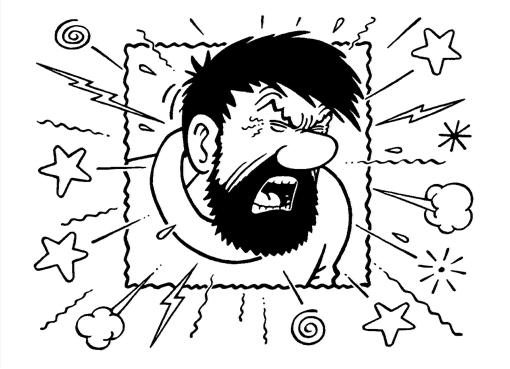 But after a moment’s reflection I pulled myself, by the ear, back into the vehicle.

“You irresponsible old twit!” I said, my mind drifting back to this blog post from August 24 2010:

Waiting for a saviour to rise from these streets*

Just when all hope flees, as the last good politician still within government leaves his/her post to join the feeding frenzy and as the last decent officials trying to do a public service throw up their hands in disgust; and as the striking workers blockade the last functional HIV/AIDS clinic and trash the streets again; and as the broken bits of the Ruling Alliance go  for the kill in their eye gouging, groin stamping gutter fight – just as all hope flees, whose silhouette is it that appears, backlit and heroic, flying in low over the horizon?

Is it a plane?

When things are going as badly wrong as they are going for us, the person to look out for is the one who seems to have been sent by history itself as the solution to all of our problems.

I am not suggesting, as my old Granny used to say: don’t worry, cometh the moment, cometh the man or all’s well that ends well. I am suggesting the very opposite.

This is more of a warning to be careful about decisions we make when we are desperate than it is anything else.

Societies, political parties and whole nations are uniquely vulnerable at times like these. Our desperate need is for someone who can raise an anti-corruption army, is prepared to control the unions, able to fix service delivery and able to make the difficult decisions that will allow job rich economic growth.

The darker and more dire things become – and goodness knows they are as dark and dire as anyone can remember – the stronger our wish fulfilment drive becomes.

Where is the good-looking one, with the strong jaw and the easy, comforting manner, and the very firm but gentle eye and the plan and the promise and the words – and the record, or at least one you can, in your desperation, convince yourself of?

This is the moment in which nice Germans welcomed Adolf Hitler and Spaniards General Franco. King Constantine II of Greece inducted the awful “Regime of the Colonels” in 1967 saying he was “certain they had acted in order to save the country” and there was  a (brief) Argentinian sigh of relief when Brigadier-General Jorge Videla overthrew the execrable, incompetent and authoritarian regime of “Evita” – as popular culture has dubbed Isabel Martínez de Perón.

I am not suggesting that a fascist opportunist and criminal is about to present him or herself as the saviour from our woes – or that things are so bad that we risk losing our judgement and welcoming him/her into the stockade. Well, not yet.

But explicitly and implicitly various political factions and individuals have presented themselves as alternatives, and the solution to our current problems.

There’s Zwelinzima Vavi – and whatever kind of workerist paradise he represents – who heroically criticised the media appeals tribunal and has laid about himself with a stout cudgel at all the worst of the cabinet ministers and officials trying to stuff the last tasty bits of the family roast into their distended bellies. And he’s available next year.

Deputy Minister of Police Fikile Mbalula suggested (of criminals) we should “shoot the bastards!” and in so doing presents a kind of law-and-order (and anti-communist) alternative, clearly being supported by the ANC Youth League and tenderpreneurs everywhere.

Lindiwe Sisulu dresses nicely and would be excellent if we ever panicked enough to need a kind of Cleopatra/Boadicea empress to save us.

Tokyo Sexwale is getting the kind of press that suggests he is an effective anti-corruption campaigner and an excellent Minister of Human Settlements i.e. he’s clean and gives good service delivery – and he’s  bright, presentable, charming, good-looking and available – very available.

(This added as an afterthought: don’t discount Kgalema Motlanthe as a sort of leftish compromise that we have grown used to and, obviously, Mathews Phosa with his charming Afrikaans poetry and his friendly demeanour and his market friendly comments and his bitter struggle with ANC leader and communist Gwede Mantashe. Also consider a scenario, one I discuss elsewhere, where none of the contending factions achieves dominance and everyone agrees to stick with the burdensome incumbent … all is still possible.)

The National General Council of the African National Congress (to be held in Durban from 20 – 24 September) will reveal the main factions and their key representatives for leadership. The last NGC resulted in a rebellion against Mbeki and foretold his rout at Polokwane. This one is likely to be as instructive.

The point I wish to make here is a simple one. Those who appear to offer solutions must be judged in terms of who they are, what they have done and what they really represent. Just because we are in trouble does not mean we can afford to lose our critical faculties. My long gone Granny would have had two more things to say on the subject: don’t throw the baby out with the bath water, and don’t jump from the frying pan into the fire.

* The title of this post comes from the glorious “Thunder Road” by the inimitable  Bruce Springsteen (it doesn’t really fit the story … but I really love the song:

You can hide `neath your covers
And study your pain
Make crosses from your lovers
Throw roses in the rain
Waste your summer praying in vain
For a saviour to rise from these streets
Well now Im no hero
That’s understood
All the redemption I can offer, girl
Is beneath this dirty hood
With a chance to make it good somehow
Hey what else can we do now?