Sunday’s Kampala (capital city of Uganda) bombings during the World Cup finals in a rugby club and a restaurant where people had gathered to watch the match were important for too many reasons to name here – although the tragic human suffering, with the death toll standing at 76,  must rank first.

For those who might have any doubt about the political and other importance of  the attacks, apparently by Somalia’s al Shabaad, look at the map. 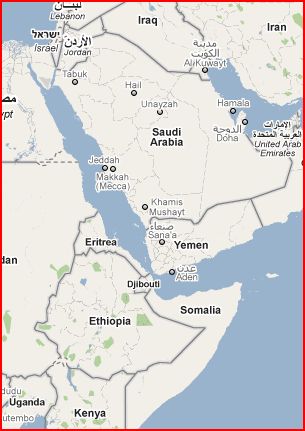 The failed Somalian state is the point from which destabilisation cascades any direction; southwards into Africa and northwards and eastwards into the Gulf of Aden and the Middle East.

This blog discussed various security concerns associated with the World Cup, imagining the worst while recalling horrors at the 1974 summer Olympics in Munich and the attacks at the Champions League Twenty20 cricket in Mumbai in 2008.

The point I made then was that a myriad groups – including international terrorists – would try to use the focus on the World Cup to get their cause noticed.

Kampala is probably being punished for its 2700 soldier deployment into the African Union peacekeeping mission in Somalia (AMISOM). The region’s politics are extraordinarily complicated, but on the face of it the bombings should probably be understood as an attempt to use the World Cup focus to make maximum impact.